What Americans And Canadians Find Attractive About Moving To Belize

The response I hear most often when mentioning the country of Belize is something along the lines of, “Belize. I’ve heard of it. No, no, don’t tell me…” And then, after some squirming and a suitable pause, “Where is it again?” 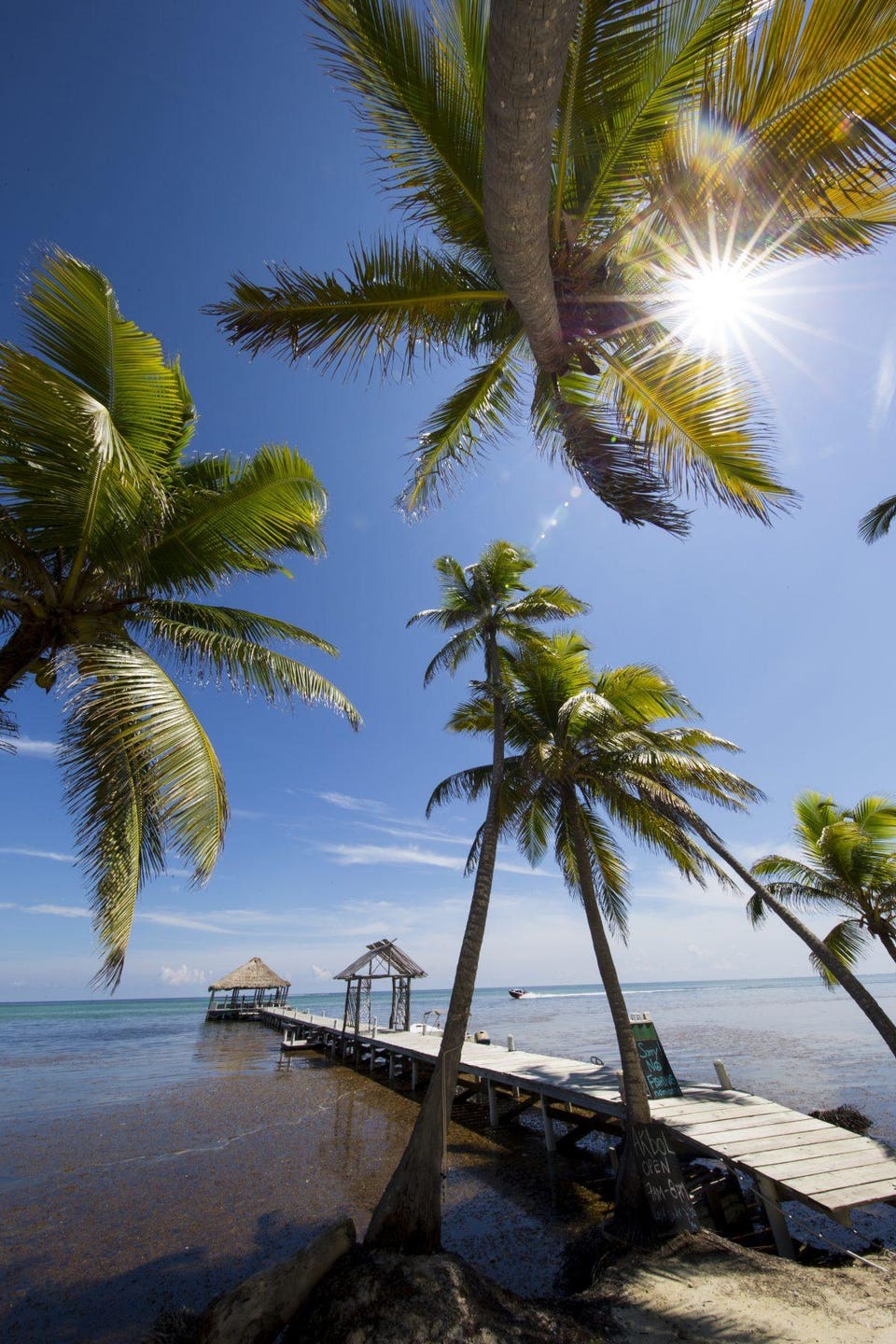 Let’s deal with first things first. After just 37 years since declaring independence, Belize (formerly British Honduras) is a very new country, located facing the Caribbean just south and east of Mexico’s Yucatan Peninsula. If you wanted to, after driving your car from the US to visit Cancun and Tulum you could drive over the border to Belize, which is just south. It’s 1,600 miles driving from Houston to Belize by car and 875 miles due south as the crow flies from Mobile, Alabama.

“You could also take a direct flight to Belize from the US on Southwest Airlines,” reports Mike Cobb, Chairman and CEO of ECI, which is developing several properties on Ambergris Caye, the most famous island in Belize. “We’re happy to report that now that Southwest Airlines in the US and WestJet in Canada have added more direct flights, airline capacity to Belize has doubled in the last three years, and with that competition, the price to fly to Belize has gone down.”

Here are some of the reasons Americans and Canadians like Belize.

They Speak English in Belize

“Visitors might need to adjust to hearing the charming Caribbean accent, but the official language of Belize is English,” reports Rachel Jensen, a US expat now living in Belize. “Along with English, you’ll also find Belizean Creole, Garifuna, Mandarin, Spanish, and Maya. Belize is an incredibly diverse country.”

Leon Hooker is not unlike other adventurous expats you’ll find in Belize. Hooker has traveled the world by canoe, motorcycle, bush plane, jet plane, sailboat, local busses and hitchhiking. Hooker told us that the majority of the locals in Belize are raised and educated speaking English.

“There are many ethnic groups in Belize including Garifuna Creole speakers, but in normal day-to-day conversation, most people speak patois, which is a sort of Creole. There are also significant populations of Mestizo, Mennonite, Maya, Chinese and Guatemalans. They all have their children educated in English and, if they don’t already know it, the older people are trying to learn English themselves. Belize was a British colony so there is no problem getting by with English only.” 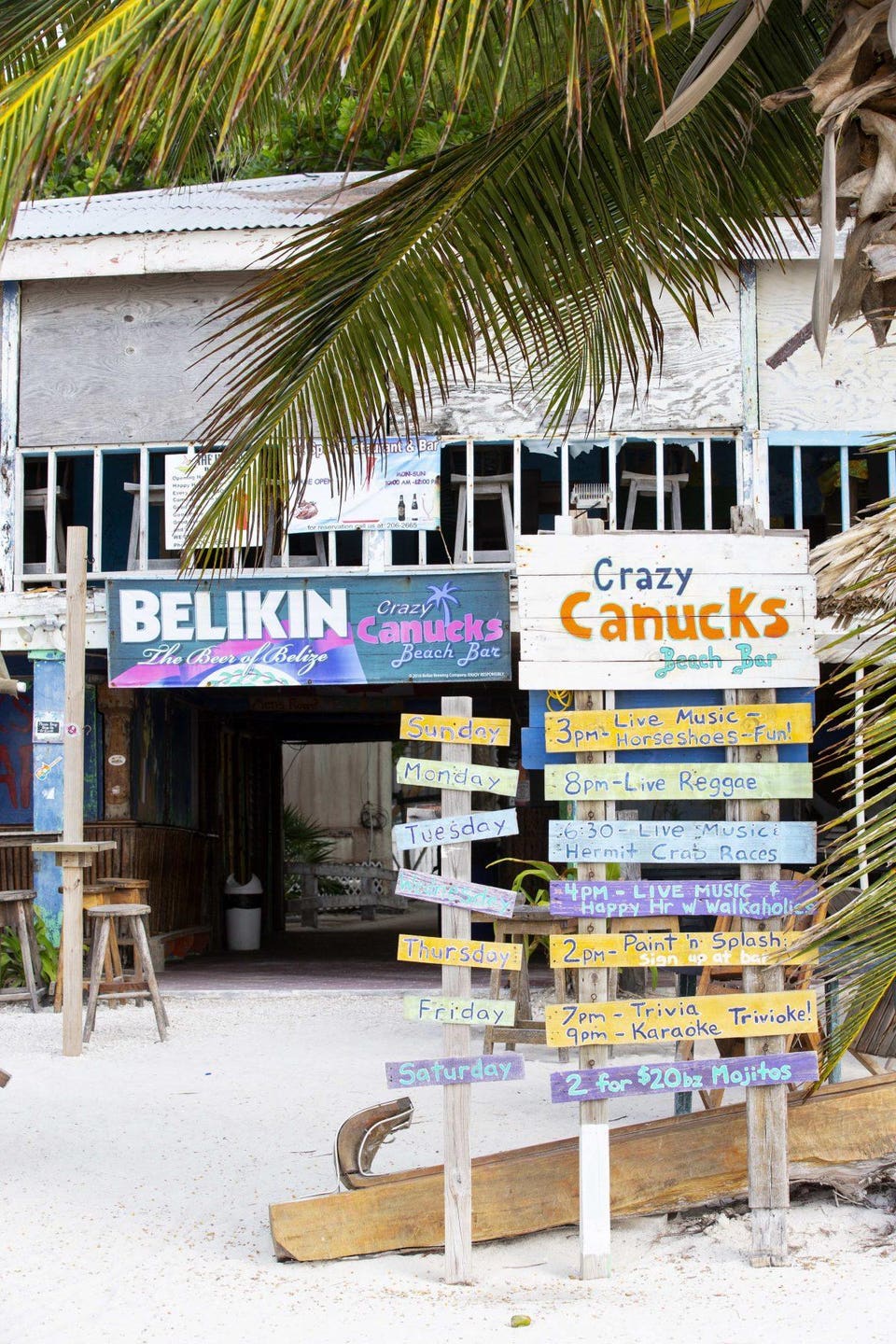 Signs on a beach in Belize.PAUL GERMAN

It Never Snows in Belize

If you’re looking for snow skiing, Belize is not your place. Not only is the sea flat (protected by the longest barrier reef in the Western Hemisphere and second in the world only to the Great Barrier Reef in Australia), but so are the islands and, where most of the people are, most of the inland jungle. When you’re not close to the sea on the mainland or on one of the many islands just offshore and enjoying the breeze, it is generally fairly warm and humid in Belize, just like you would experience in Cancun or Miami.

From an American and Canadian perspective, when compared with the rest of Central and South America (which uses Civil Law), Belize has another huge advantage as a result of being a former British colony: it uses British Common law, which makes it more comfortable for Americans to purchase in Belize. Also, unlike the nearby Spanish-speaking countries, all binding contracts in Belize are in English.

Most expats will tell you that Belize doesn’t even have an army, which for many people, is reassuring. However, as former Colorado-based Belizean expat Boris Mannsfeld points out, “If another country were to invade Belize, Britain is bound by treaty to come to its defense, so nobody is going to take up arms against Belize. It is not like Guatemala or Mexico are going to come crashing across the borders.” 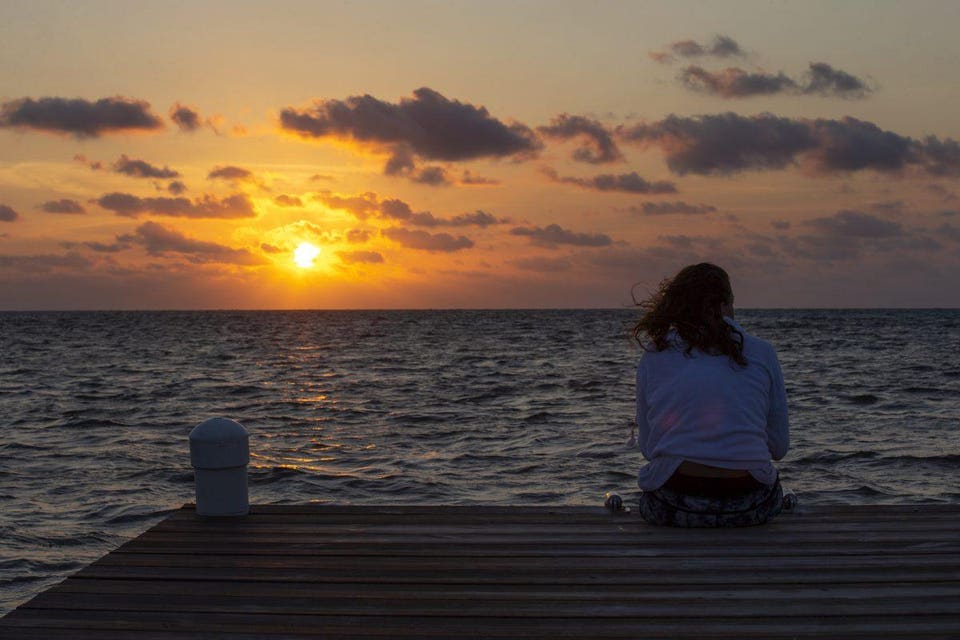 Woman on a dock in Belize watching the sunsetPAUL GERMAN

If you look on a map, you’ll see that Belize faces the Caribbean in roughly the same part of the world as the world-famous Mexican resort towns of Cancun and Tulum, so the geography is similar. However, you won’t see any of the big hotels in Belize you see in Mexico. You also won’t see any North American-scale shopping malls or big multiplex movie theaters, because Belize doesn’t have any. What you will see is unspoiled jungle, stunning, transparent, light green and blue, calm, warm water with world-class snorkeling and scuba diving. There is very little industry, so most areas are pristine. There are several beautiful and navigable rivers to explore, some of which go through caves. Hotel and restaurant chains are just now starting to come to Belize, but for the vast majority of cases, you will find only smaller, locally owned and operated facilities.

Often making the list as one of the most beautiful islands in the world, Ambergris Caye is a major tourist attraction, pairing Caribbean charm with more rustic amenities. Scarcely more than 20 miles long and a mile or so at its widest, most of the residents of Ambergris Caye walk, ride a bike, or ride around on golf carts and gather together to watch the sunrise / sunset. Afterwards, they may get together at a local bar or other hang-out to enjoy each other’s company, the warm, Caribbean breezes and gently swaying palm trees, and marvel at the clear sea as the moonbeams bounce off the water.

After all, there’s no multiplex movie theater to visit.